Ankara, December 30, 2016 – During the official visit to Turkey, President Thaçi has been honored with the title “Doctor Honoris Causa” at the “TOBB” University, and visited the Chamber of Commerce of Ankara, where he spoke about the economic potential of Kosovo and invited potential investors to invest in Kosovo. 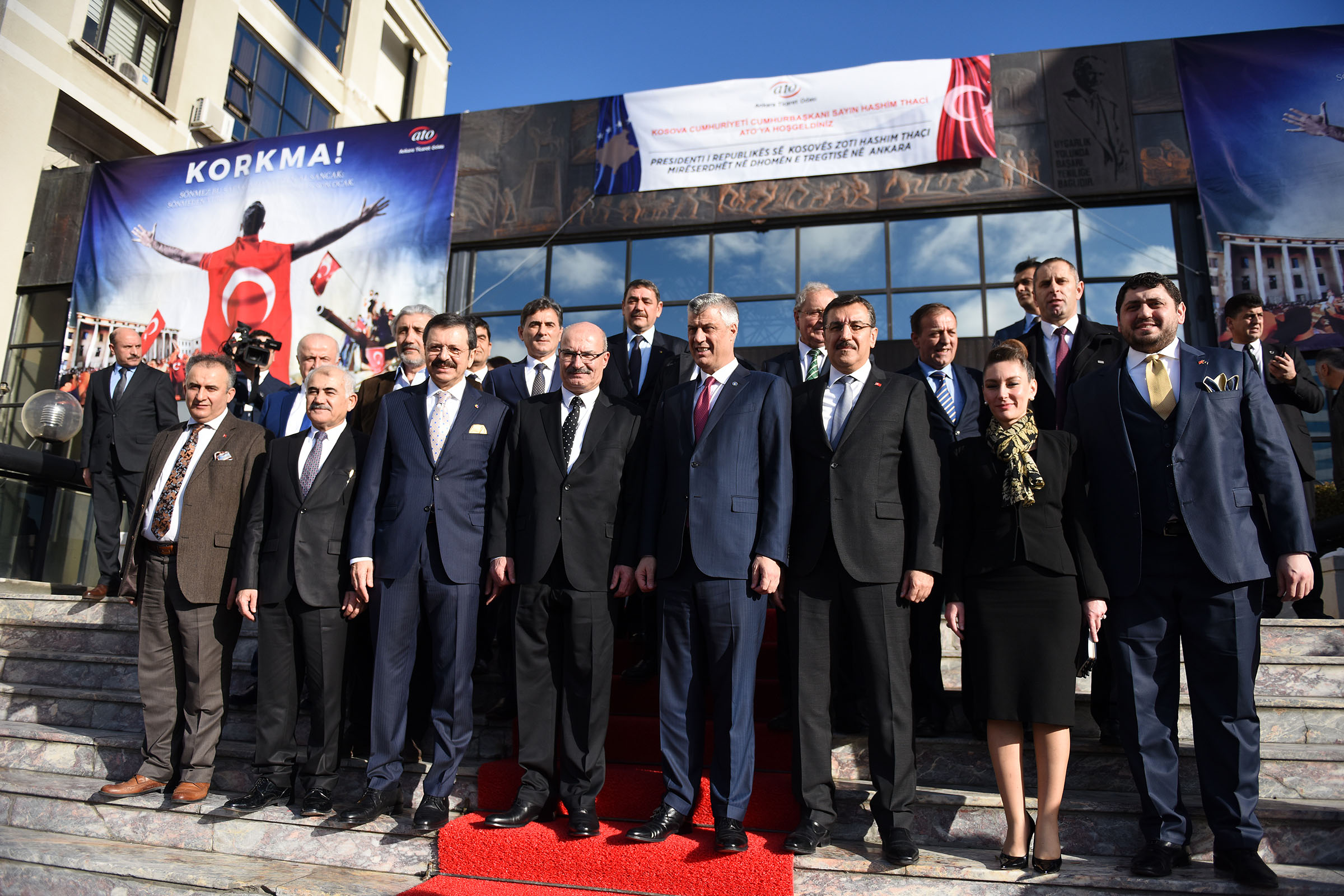 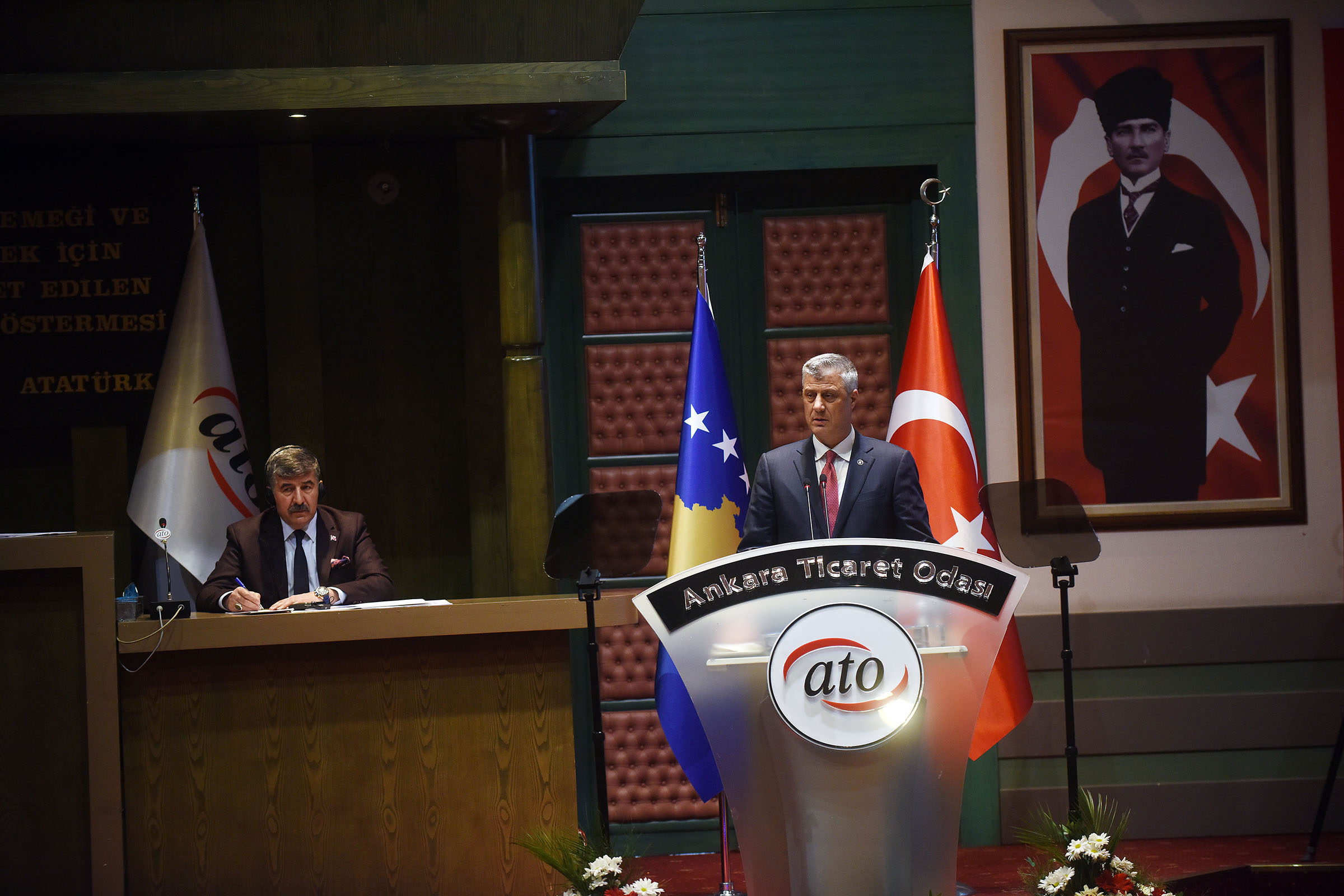 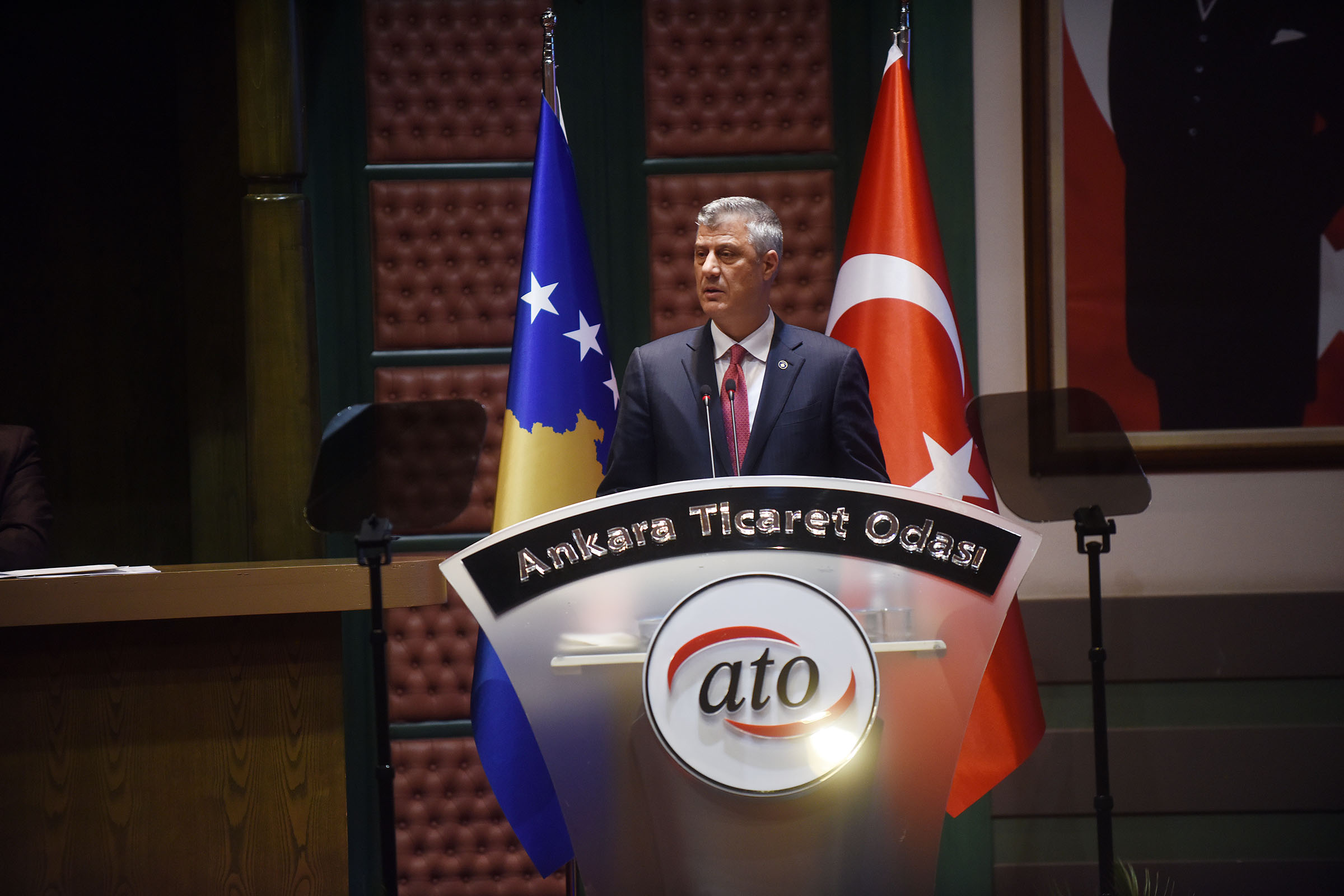 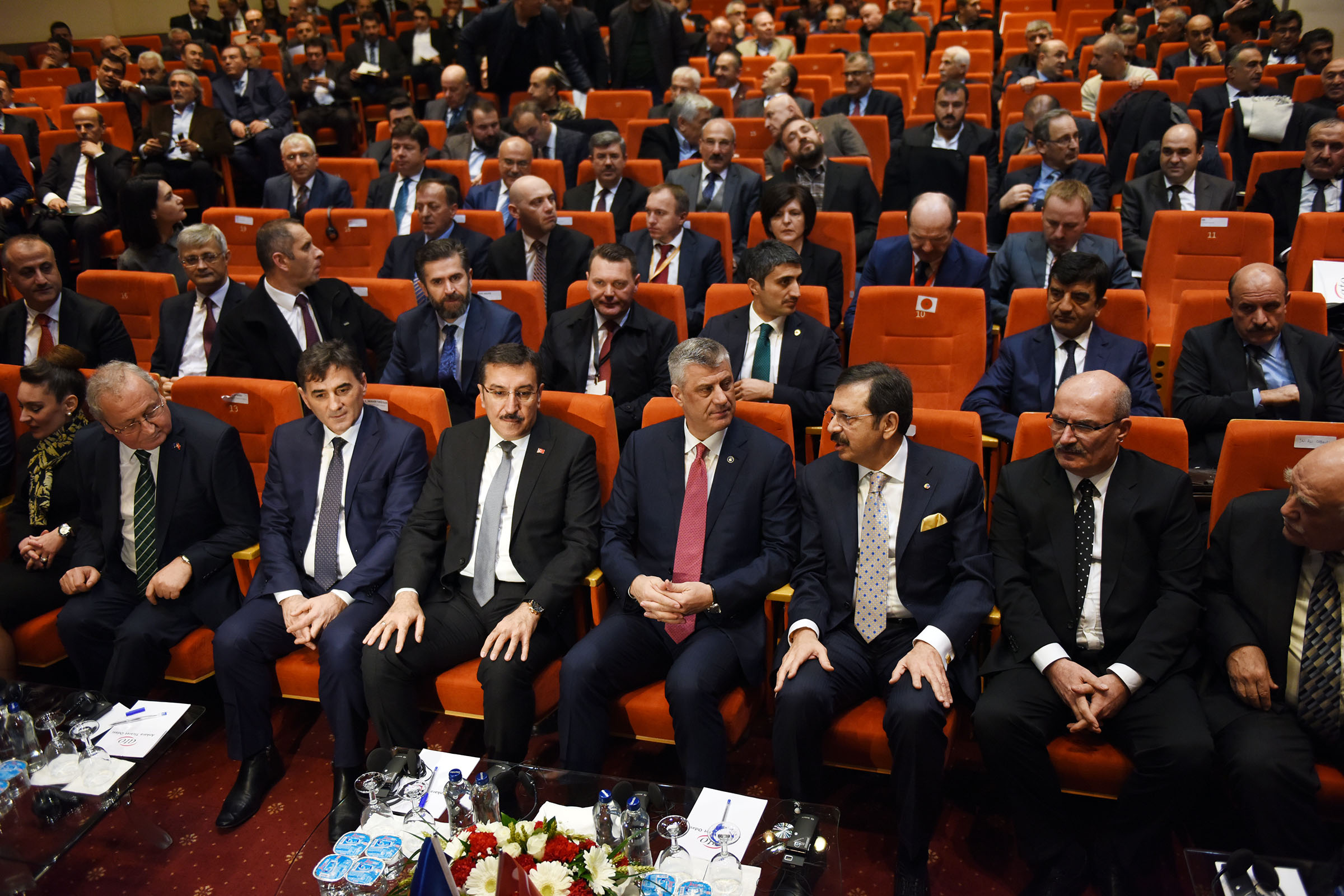 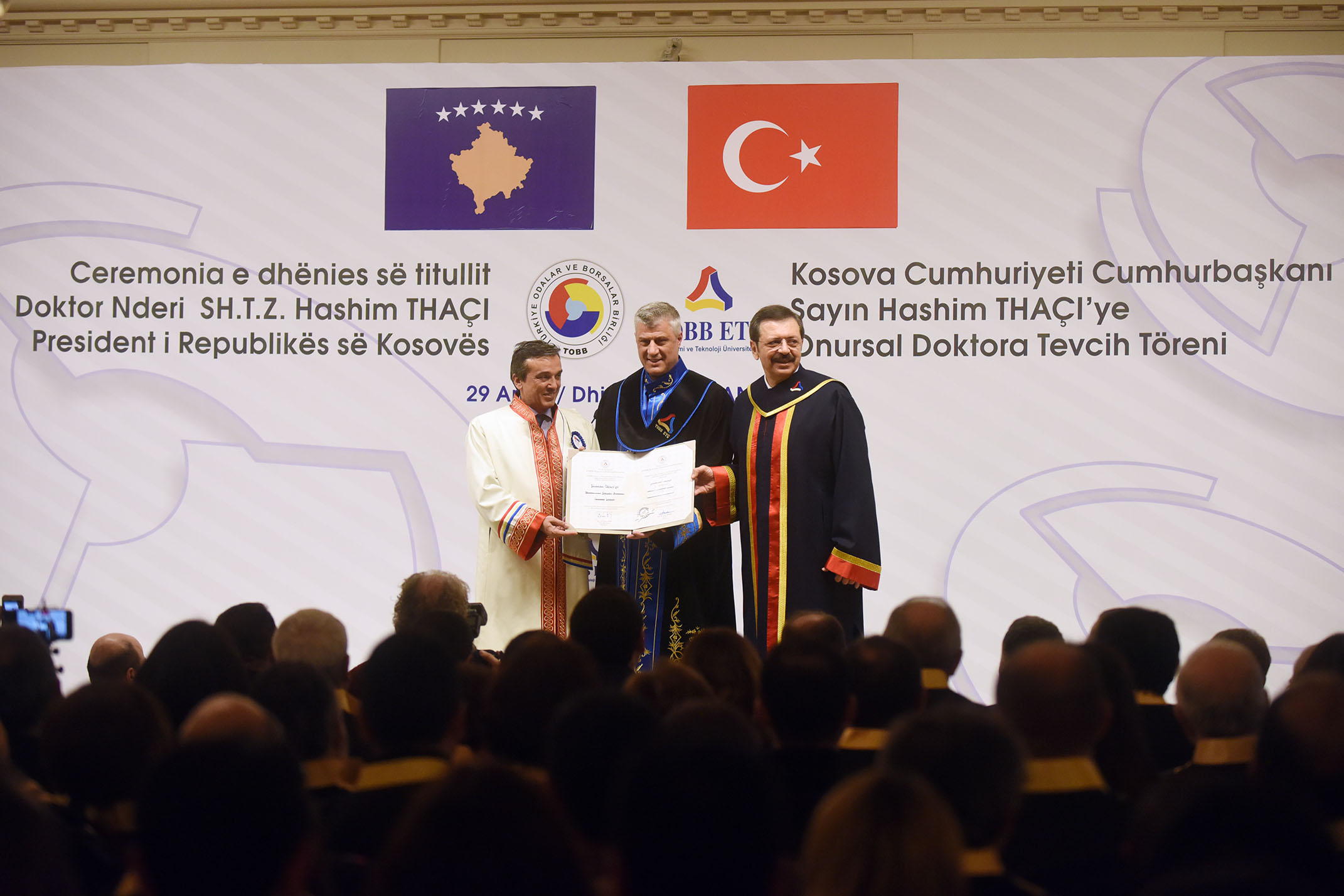 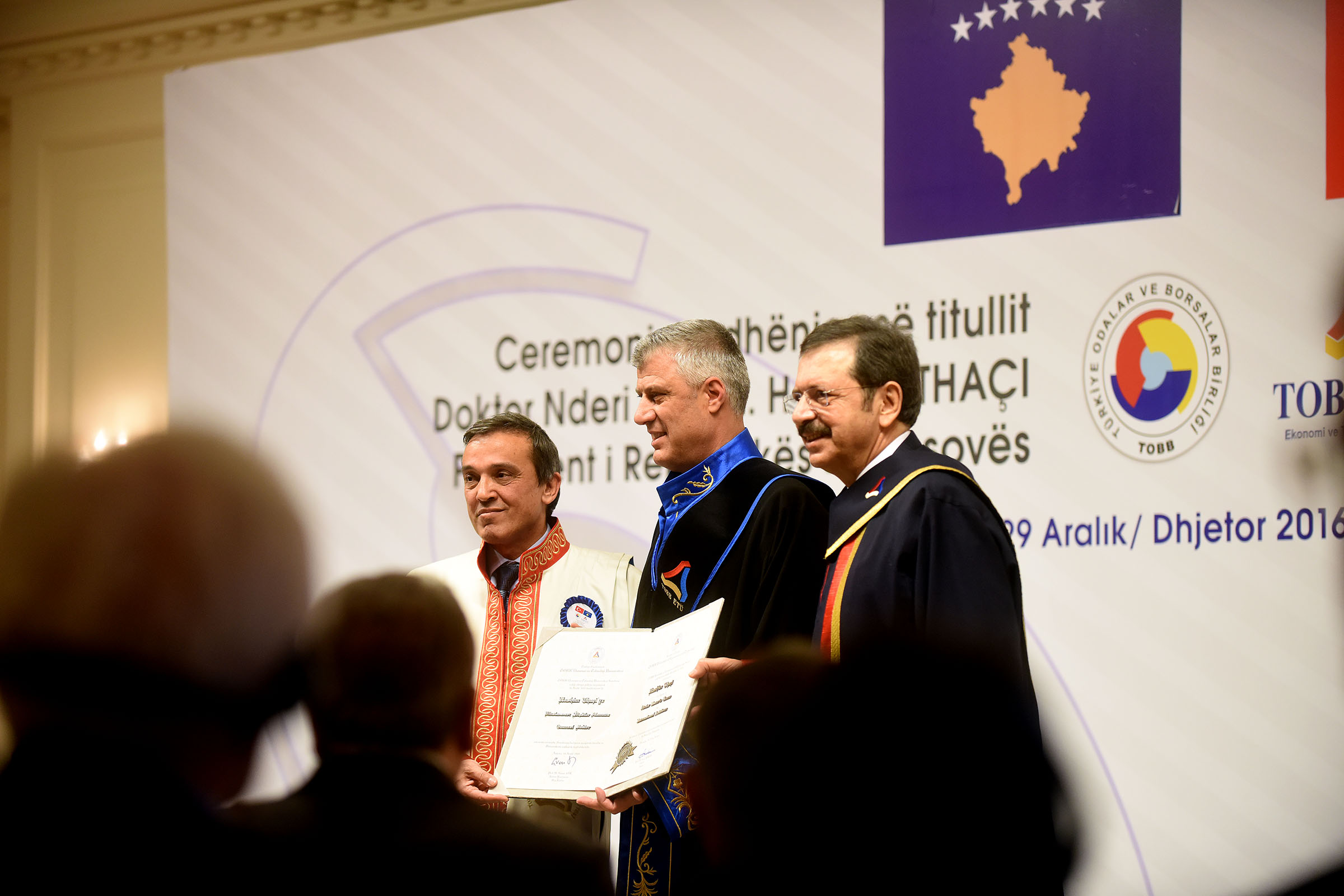 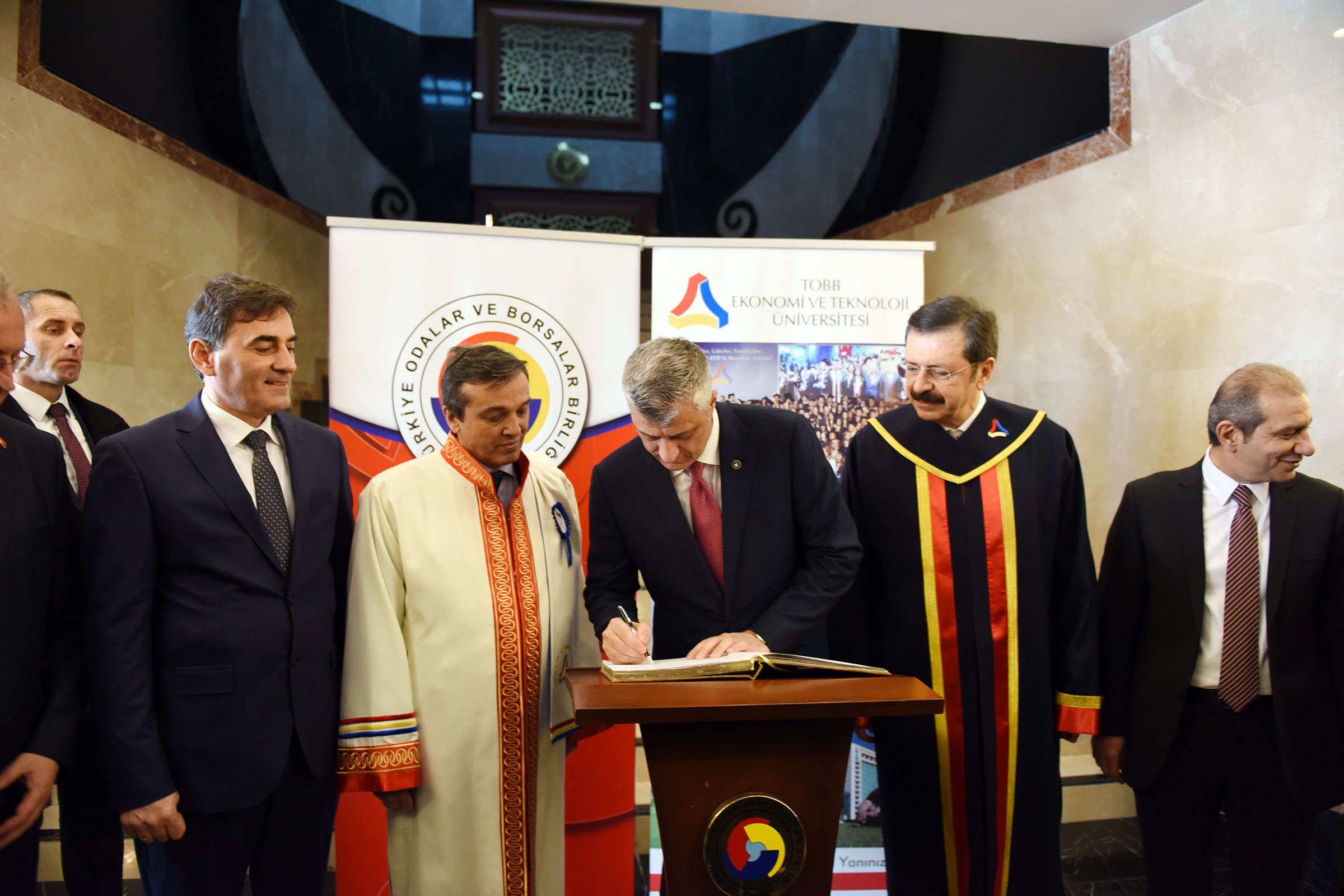 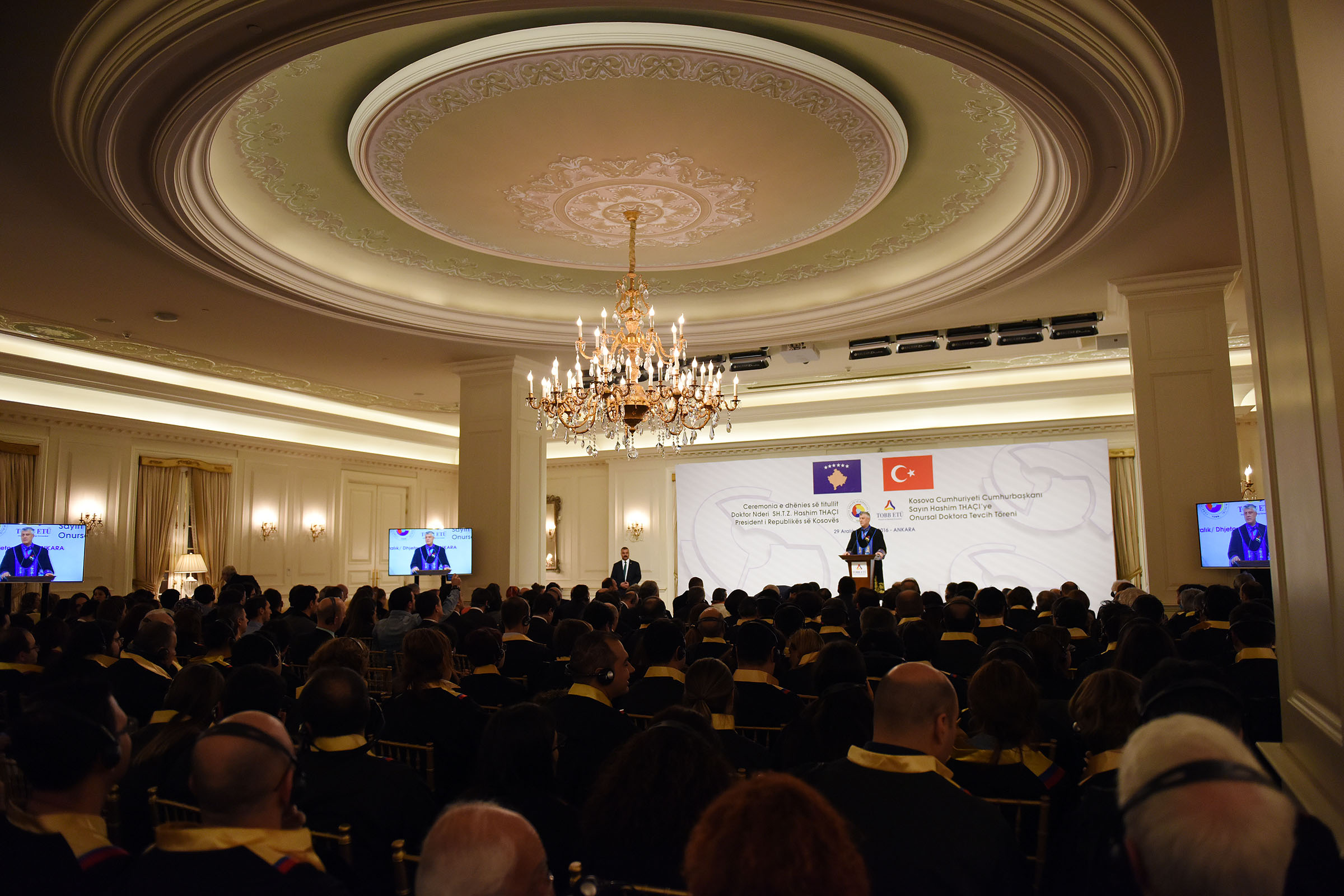 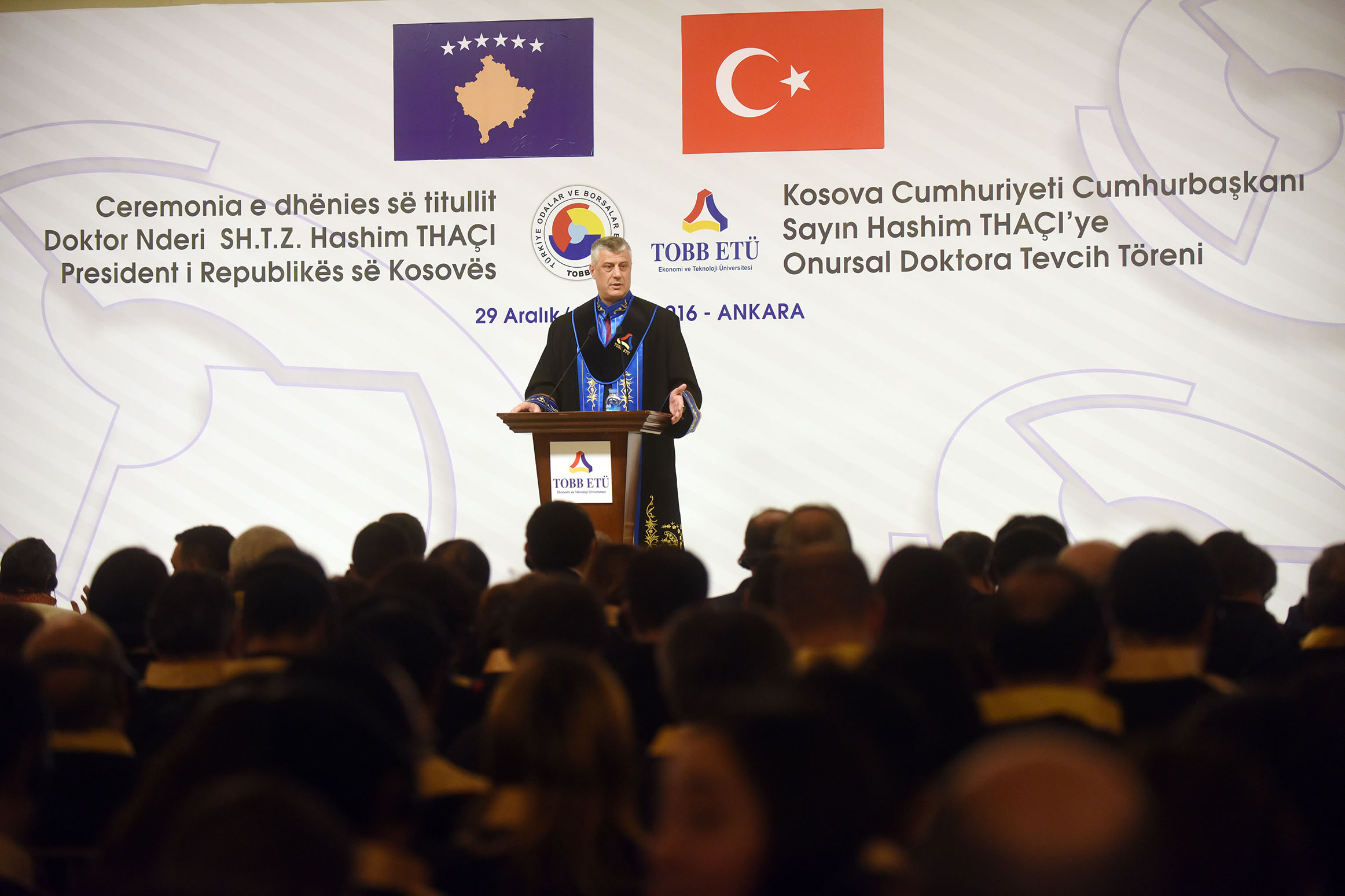 At the meeting organized by the Ankara Chamber of Commerce, which has over 150 thousand members, President Thaçi said that investors from Turkey have made some of the most important investments in Kosovo.

“These have opened the way for other investors and investments”, said President Thaçi.

After having demonstrated the level of economic cooperation between Kosovo and Turkey with numbers, President Thaçi said that Kosovo is “a new country with great potential” and has displayed the investment opportunities in agriculture, energy, mining and other sectors.

At the University of Economy and Technology “TOBB” , President Thaçi received the title “Doctor Honoris Causa” with the motivation for contribution in the field of international relations, for achievements in economic and social development, for peace in the Balkans, dialogue between communities and development of relations between Kosovo and Turkey.

In his speech, President Thaçi stated that Kosovo has achieved a lot since it declaration as an independent state.

“Although still not having reached 9 years since the declaration of independence Kosovo has signed the SAA with the EU, which is a recognition of the successes of Kosovo on reforms in economy, the installation of law and order and in the building of democratic institutions”, said President Thaçi.

President Thaçi said that Kosovo today is an example of dialogue, reconciliation and cooperation for a better future.